It seems that yesterday was the day when the phenomenon of "almost total lunar eclipse" occurred.

I could see it in the eastern sky from where I lived.

It is said that seeing the solar eclipse with the naked eye, which hides the sun, causes dirt and ominous things from ancient times.

During the Abe no Seimei era, the aristocrats seemed to be hiding on the day of the solar eclipse.

What about a lunar eclipse? I was a little nervous while thinking.

The upper part was a reddish-brown gradation-like color, and it was much more three-dimensional and beautiful than the usual moon.

It was a moon that seemed to make me think that something good would happen.

The day before yesterday when such a thing happened. 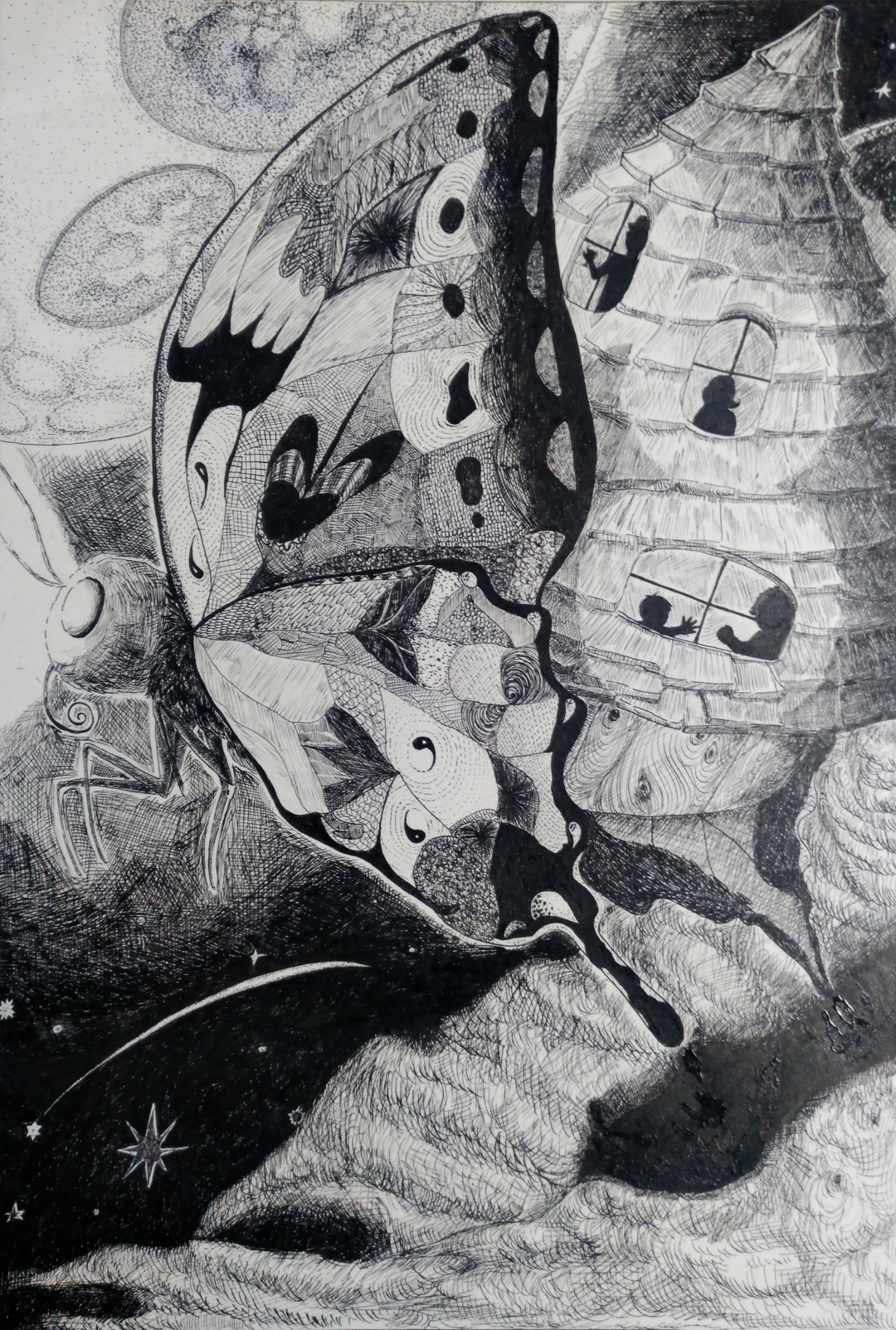 Today's paintings were drawn a long time ago.

Looking at the moon, I feel like there is a story.

It seems that I drew it like that, but I can't remember clearly this time. 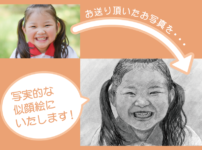 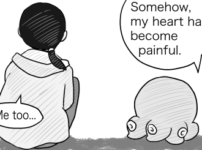 English 日本語 Today is the "Takopichi" manga. This is a continuation of episodes 17 and 18. Takopichi, a mysterious creature for a woman. Such two people started a conversation. Well then, the nineteenth episode begins. Two people who confided each other's ... 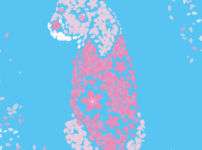 English 日本語 Today is a picture diary. The cherry blossom season has arrived. I like sakura blizzards. The petals dance in the wind, and the scattered petals seem to be breathing again, so it's beautiful. So I would like to go see the cherry blossoms that ... 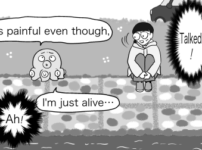 T18 Because it's awkward

English 日本語 Today is the eighteen episode of the "TAKOPICHI" manga. It is a continuation story from the seventeenth episode. A woman was sitting on a certain riverbed. A strange creature (Takopichi) appears from the river, and women are surprised! When I ... 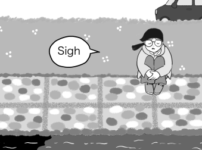 English 日本語 Today is the "TAKOPICHI" manga. From the update after a long time the other day, I will continue to update it from time to time. Then it is the seventeenth episode.   One day when the weather is nice. A certain woman was sitting on the ri ...